You are here: Home / Archives for Bathroom

I felt a little guilty sharing the bathroom remodel with friends and family and not let them in on the secret. The other thought swirling in my head is the song Secrets by One Republic. You know, like it’s something that I can’t confess.. but now I need to give all my secrets away. Well, today is the day to share the secret to a bathroom remodel.

I shared the boys’ Jack & Jack bathroom remodel here, but I did not let yall in on the secret. It’s more like a tip than a secret. Either way here we go … 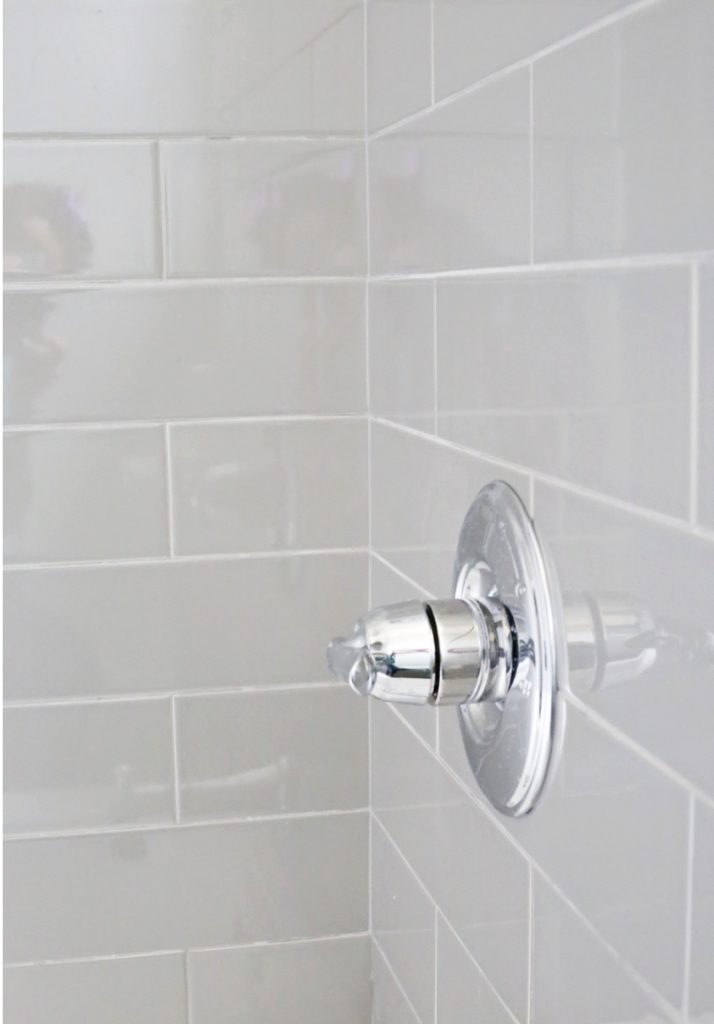 I dreaded the demo bathroom remodel phase. We had just completed an upstairs bath remodel in our daughter’s room/guest room).

Neither of us was prepared for the amount of work involved to remove the following: tub, shower, shower tile, toilet, vanity, baseboards, tile flooring, sink and all that tile.

And, then the madness of the remodel is we turn around and reinstall the exact same bathroom essentials. 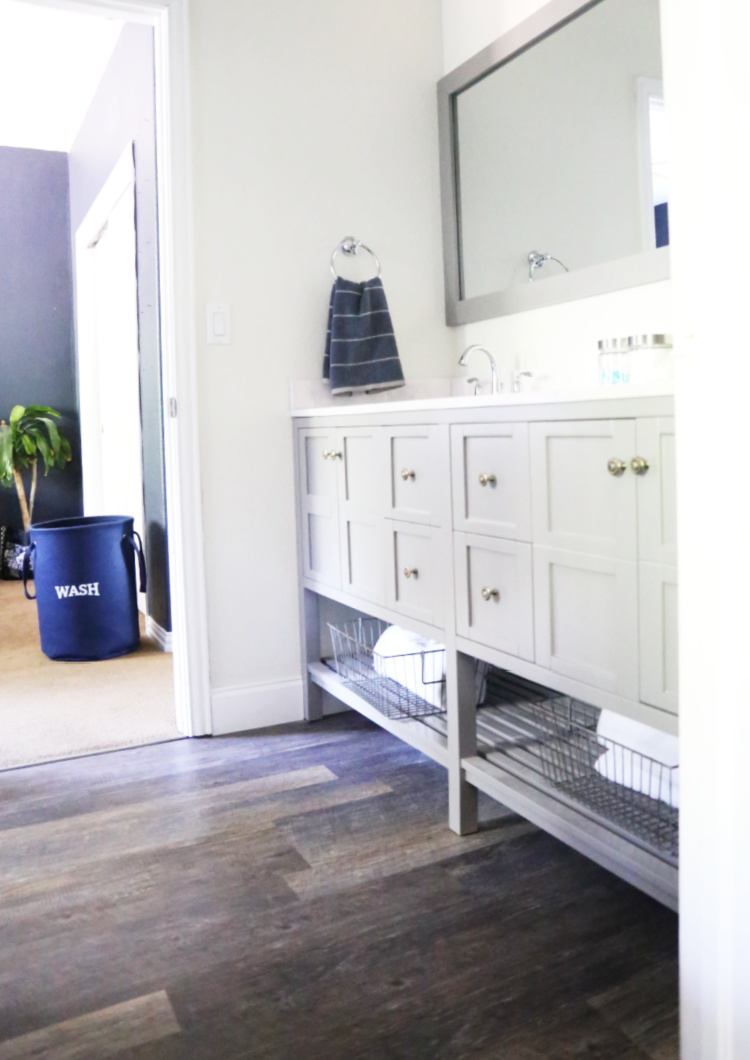 We learned why tile crews wear jeans and not running shorts.

My husband and I learned that hauling trash bins full of tile and drywall down four flights of stairs makes a strong case to bring back the concept of the laundry shoot (or a dumb waiter). 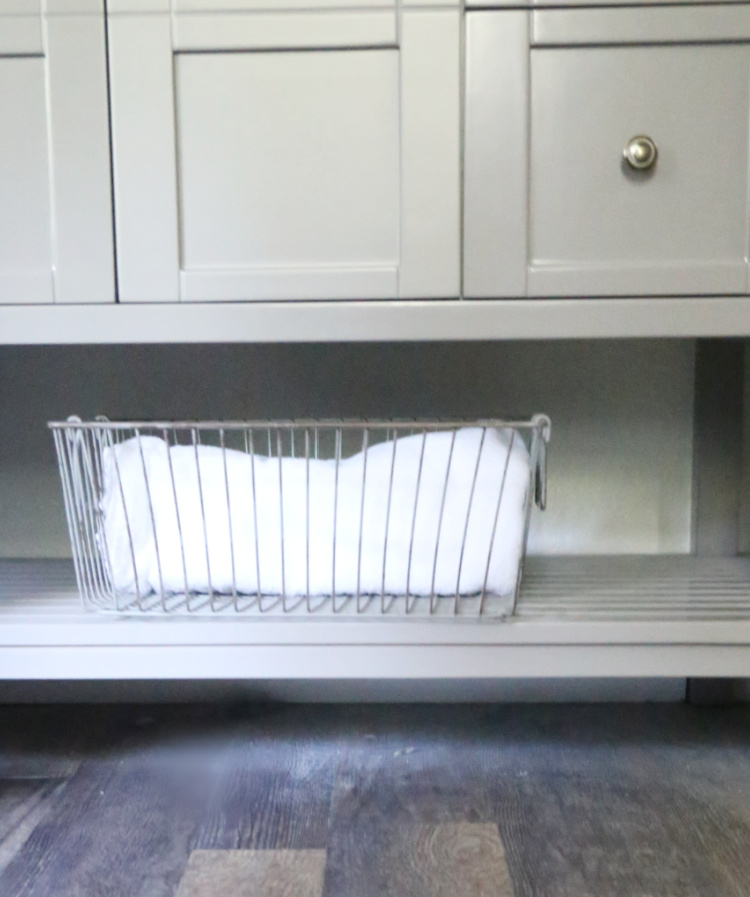 My husband found out the task to remove shower and floor tile cost my husband a few weekends away from the slopes because of a pulled back muscle.

We planned on the bathroom remodel to be completed before our oldest son (my lefty) returned home for Thanksgiving.

We should have clarified the year.

The Secret to a Bathroom Remodel

Days before we planned to start the bathroom remodel I tossed a question around in my head.

No one else was in my thoughts.

“What if we could pay someone to demo the bathroom?”

Just asking the question made me feel like I was cheating on my bathroom. 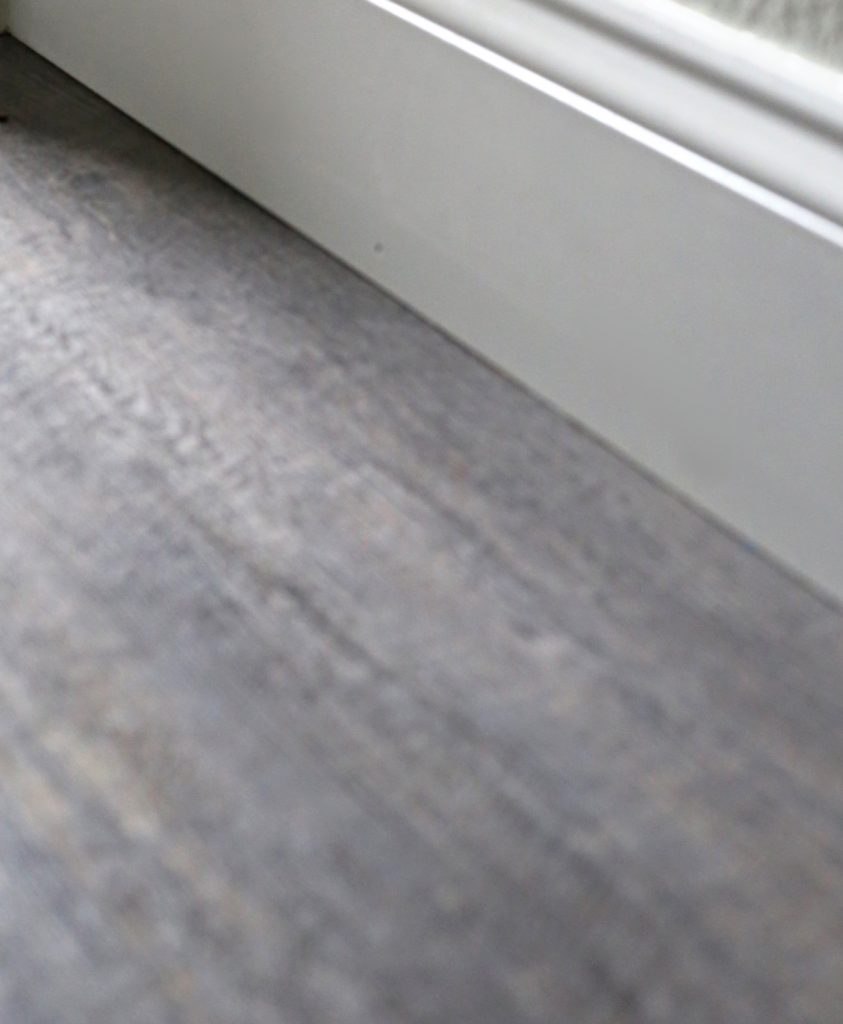 To settle my guilty conscience, I ran the question by my husband. Casually … while I texted a Realtor friend for the name of her demo guy.

Together, we decided, after I had already texted this guy, there was no harm in getting a quote for a bathroom demo. 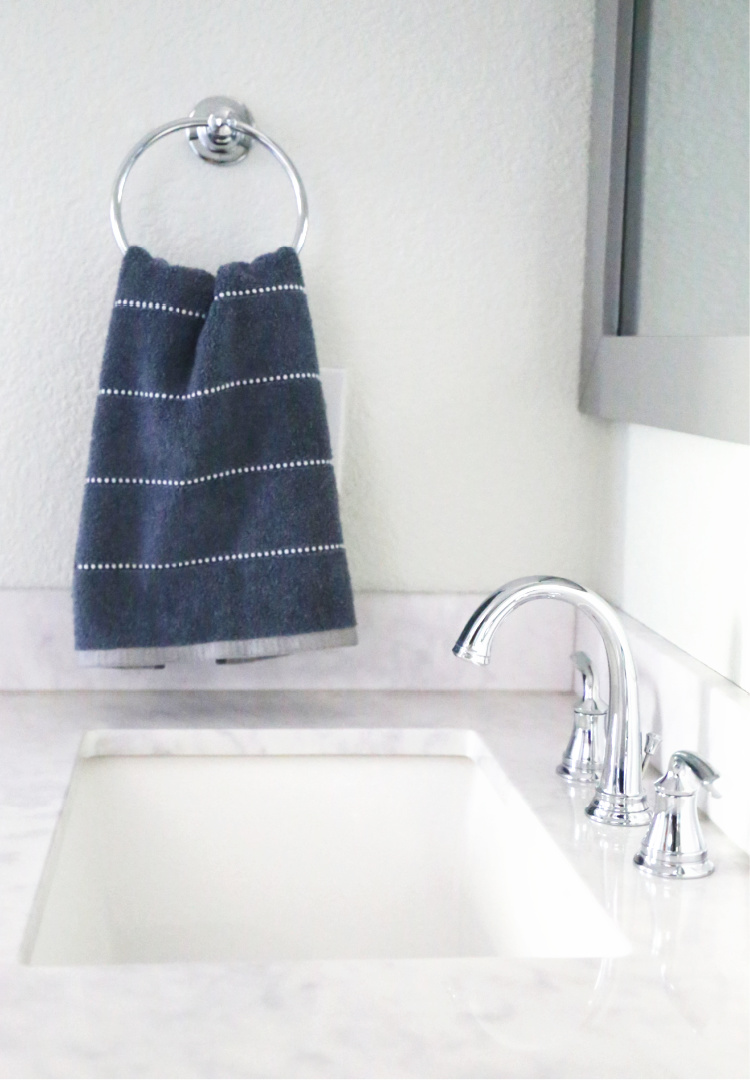 If the sequence of events sounds a bit off it is to protect my sources and timeline of events.

A demo crew member was in the boys’ bathroom two hours after that text inquiry to measure the bathroom to work up a bid.

I almost countered (I am a Realtor)  except he sent the 2nd text that he was only free on the upcoming Saturday.

Is there a patron saint for DIY projects?

I grabbed these pics to capture a few before the demo bathroom pics and a few memories. 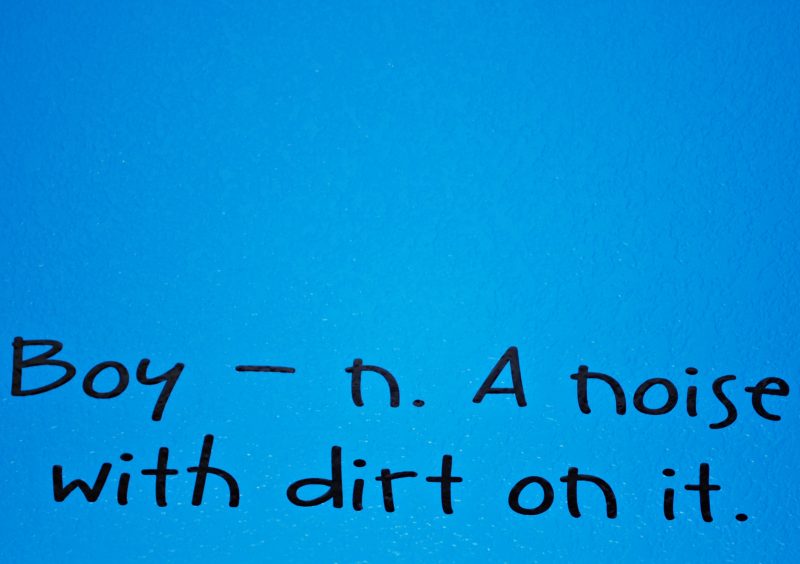 Scroll down to see what the boys’ bathroom looked like over the summer.

And, when I say boys I mean highschool/college-age young men. But they will always be “my boys.”

And, here was the boys’ bathroom five hours after Kenny and his two-person crew arrived on Saturday morning.

After the Demo Crew

Five hours, not months, weeks or even days. Five hours.

They removed, hauled the vanity, sinks, mirror, tub, toilet, tile and flooring debris down four flights of stairs. And then? The second best thing besides hauling it out of the house… they hauled it away.

It was the cleanest the boys’ bathroom has been since we moved into the home. 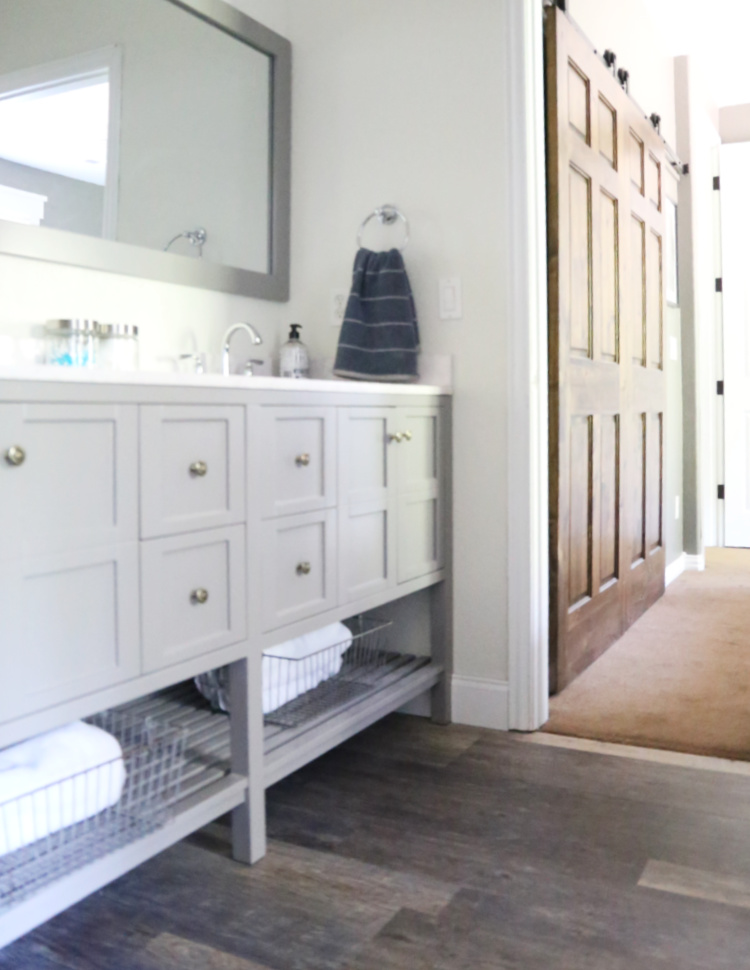 Because we all need a little help once in a while.

Before you go here is a funny story about what happened to the bathroom countertop just before we installed it (ourselves). Karma for keeping a secret! 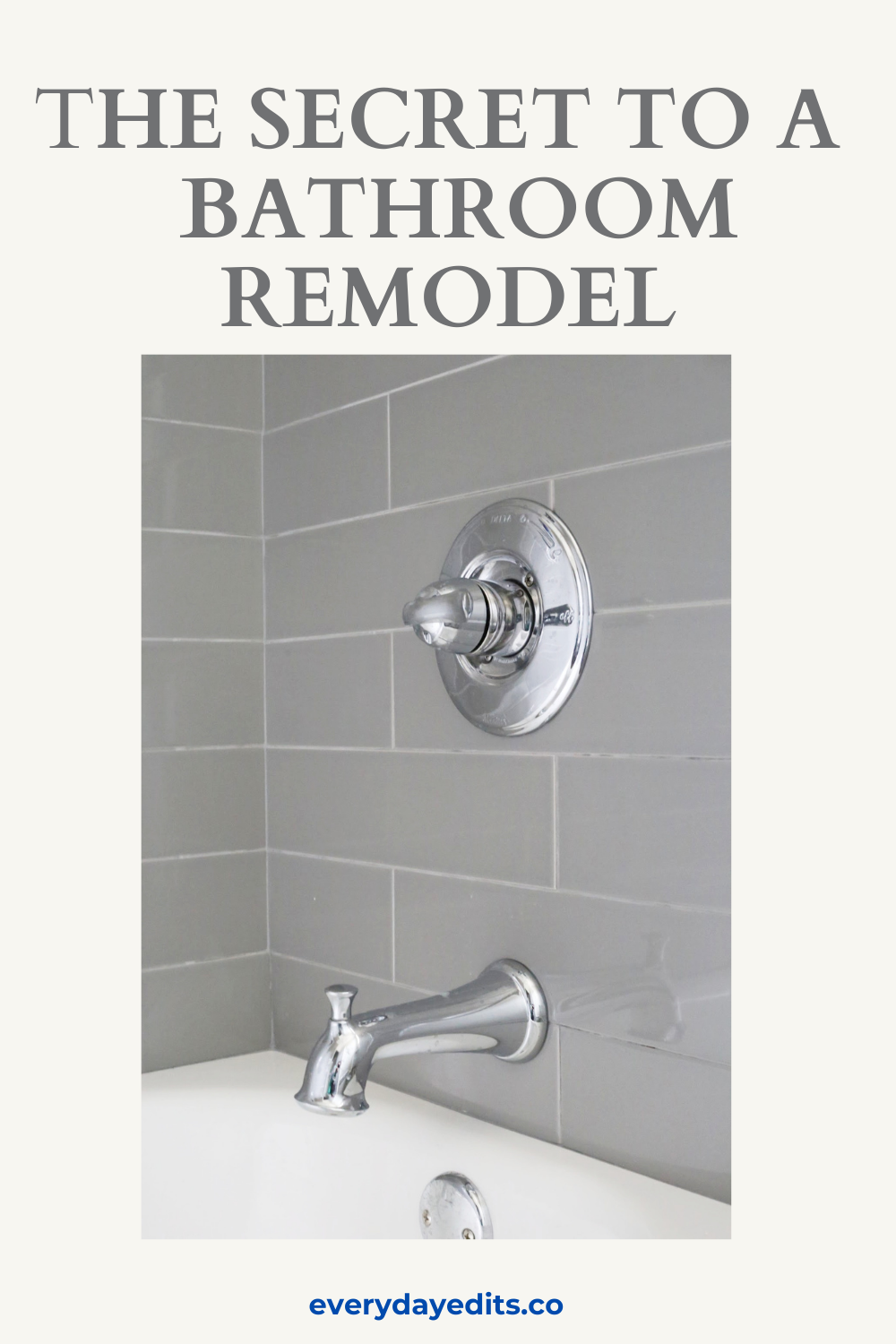 Do we ever stop calling our boys, boys? That was the question swirling in my head as I took a few photos of the boys’  J & Jack bathroom before the remodel. It is the perfect time for a  boys to college bathroom.

Boys to College Bathroom | Before

Some of my funniest childhood memories between my boys took place in the bathroom. How appropriate, right?

Like when my younger son, during his sleepwalking phase, thought the bathroom trashcan was the toilet.

Or the transition from “tubbies” to showers. 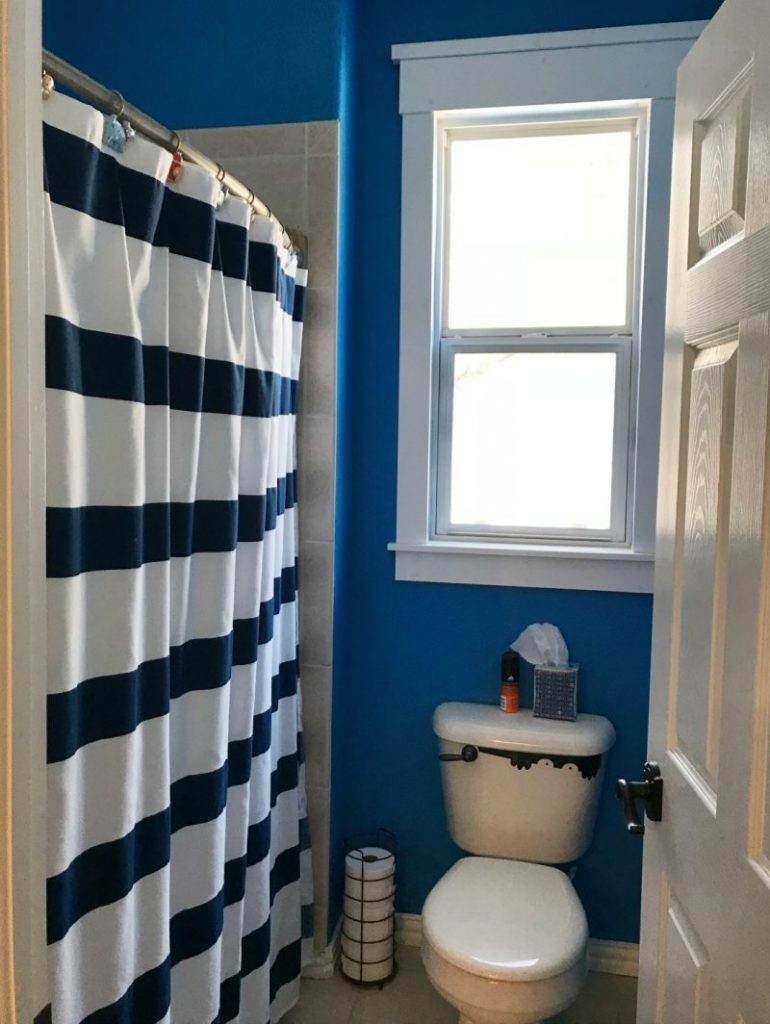 Or the scent of Axe body spray lingering long after the boys left for school. As a practical joke, they sprayed Axe into the air vent adjacent to their sister’s bedroom.

She came out screaming that her room smelled like a middle school hallway. 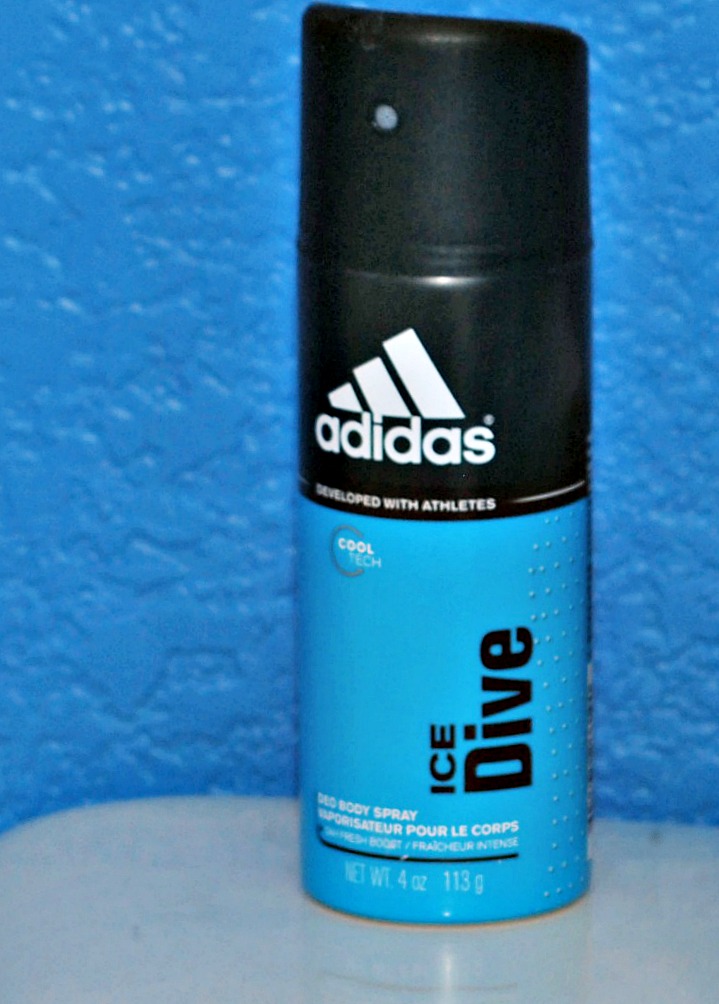 The one constant in the boys’ bathroom were the wet towels on the floor.

Or the empty toilet paper rolls that were too heavy to toss in the trash.

Or the conversations they shared at the end of the day. 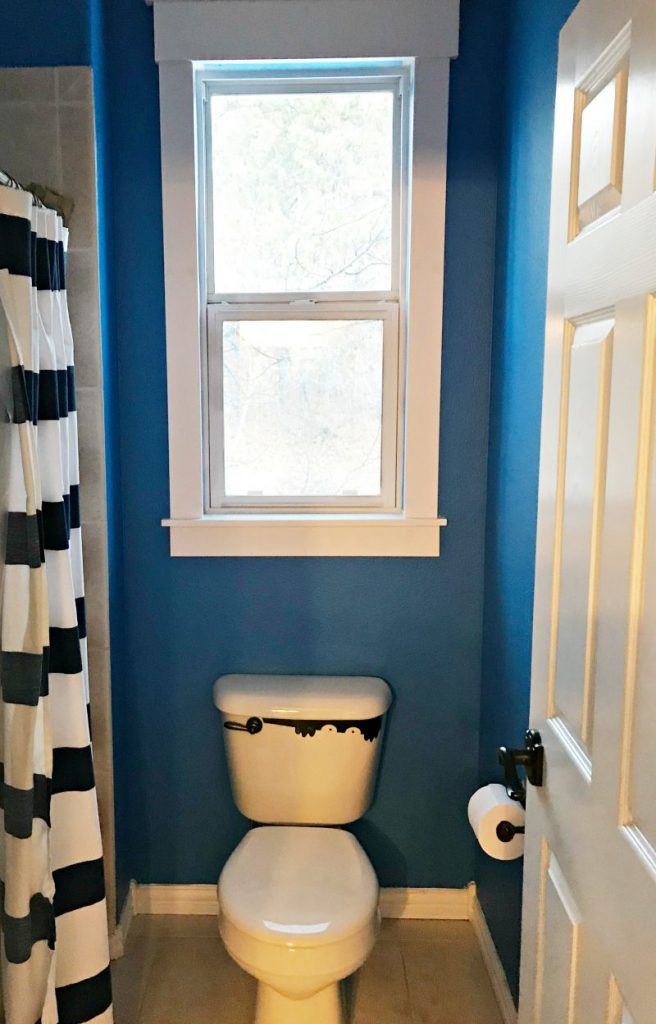 My boys own product than me and my daughter combined. Their bathroom counter looks like a Sephora counter at the end of a weekend.

I may need to plan Thanksgiving facials this fall so I can take a new photo. #countdowntothanksgiving 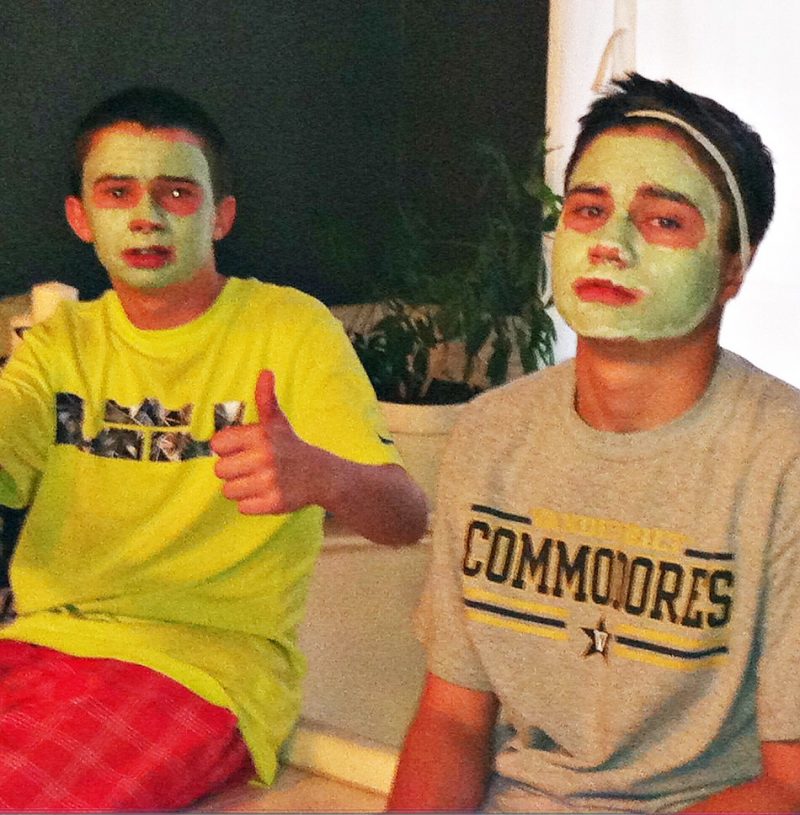 When I made the farmhouse frame around the mirror, my older son could not wrap his head around the “Why?” “Mom, why did you add a frame? What was wrong with just the mirror? 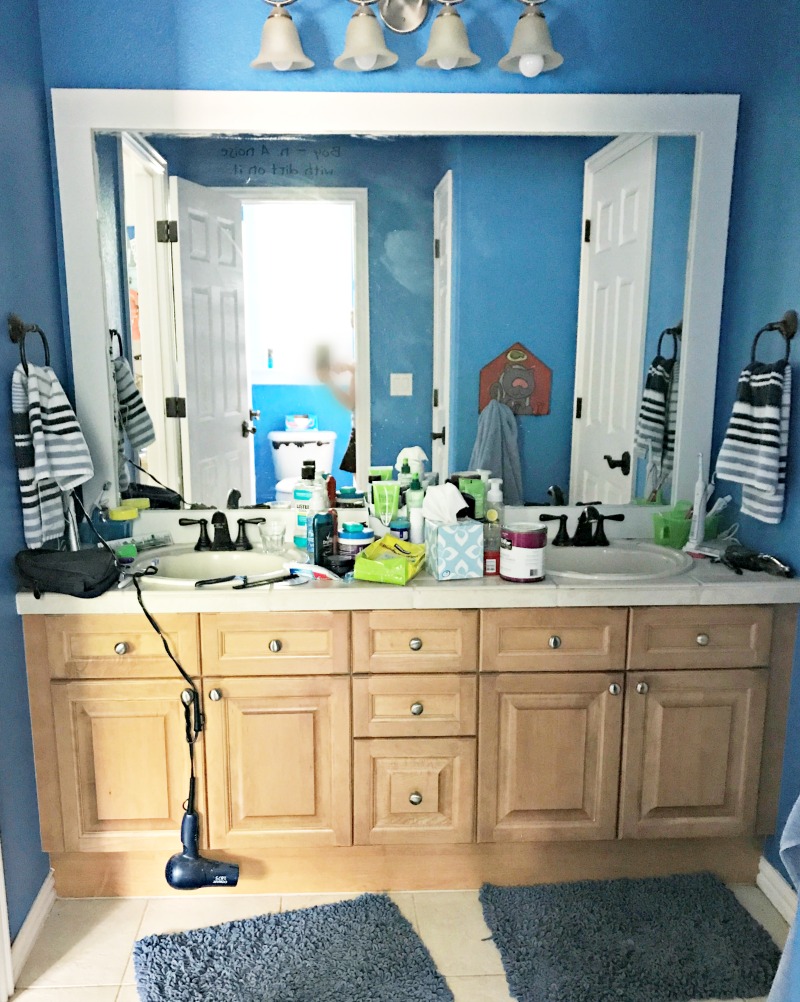 These are the boys’ bathroom memories before we trasition to the boys to college bathroom remodel. I love the memoris, but I am very excited for new flooring (if those floors could talk), new tile and a new vanity. 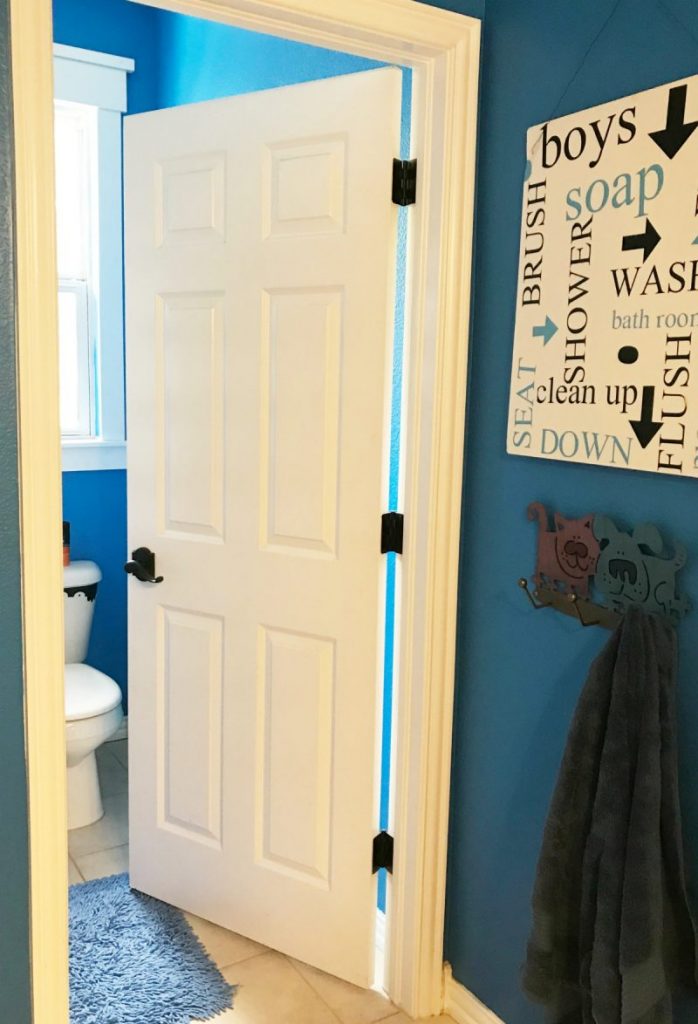 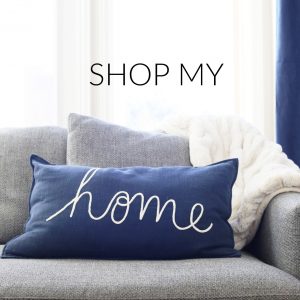 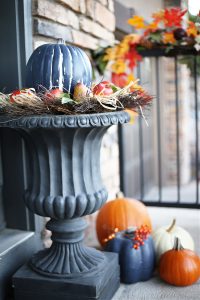